According to DRIVETRIBE, the world is about to see the longest racetrack yet.

The US internet entrepreneur John Morris plans to build a 24-kilometer racetrack on his Spring Mountain Motorsports Ranch in Las Vegas, Nevada. The track will also have a 6-mile off-road desert course and a 6,000-foot drag race track, which will double up as a landing strip.

But as we await for Morris to put America on the map, here are the longest race tracks in the world right now.

Rain clouds gather over the Ring during the 2011 German Grand Prix.
CC BY 2.0, Link

Holding position one right now is this 12.9-mile circuit in Germany’s Eifel Mountains. It is the longest permanent racetrack globally and hands down the scariest.

The circuit has a heart-stopping 320m-620m above sea level elevation change, making it the most dangerous racing track in the world.

I know what you are thinking- isn’t TT Isle of Man the longest racing track ever? Yes it is, but with one problem. This 37.73 mile/60.7 km race track is made up of public roads and is not a permanent race track like Nordschliefe.

The roads run through and around an island to make one of the most grueling races on earth.

The list of the longest race tracks in the world would not be complete without the 16.032 miles Pescara Circuit in Italy.

While being quite intimidating, the length itself was not as bad as the 60 sharp turns, long straights, and narrow corners.

The Circuit de la Sarthe is famous for hosting the 24-hour Le Mans auto race, but it has also hosted MotoGP races and the French GrandPrix.

This 8.4 miles French circuit is the longest car race track and has been active for almost a century.

However, it is made up of local public roads and a small private section, so it’s not a permanent race track.

A satellite view of the modern circuit.
CC BY-SA 4.0, Link

The Belgium Grand Prix may not be the longest racing track, but it is the longest in the F1 calendar.

This 4.35 miles track has 20 crazy corners and excellent hairpins that test even the best driver’s capabilities.

Unfortunately, this circuit has joined the list of dangerous race tracks after the loss of Anthony Hubert at a recent F2 Event.

Who said race tracks had to be built in far-away deserted places where nature is the only beauty around?

This 3.8 miles long new addition to the best race tracks in the world is surrounded by skyscrapers on one side and a gorgeous blue ocean on the other. From afar, you may be mesmerized by the long straights of this Arabic track, but it also has small turns and hairpins to break the straights. 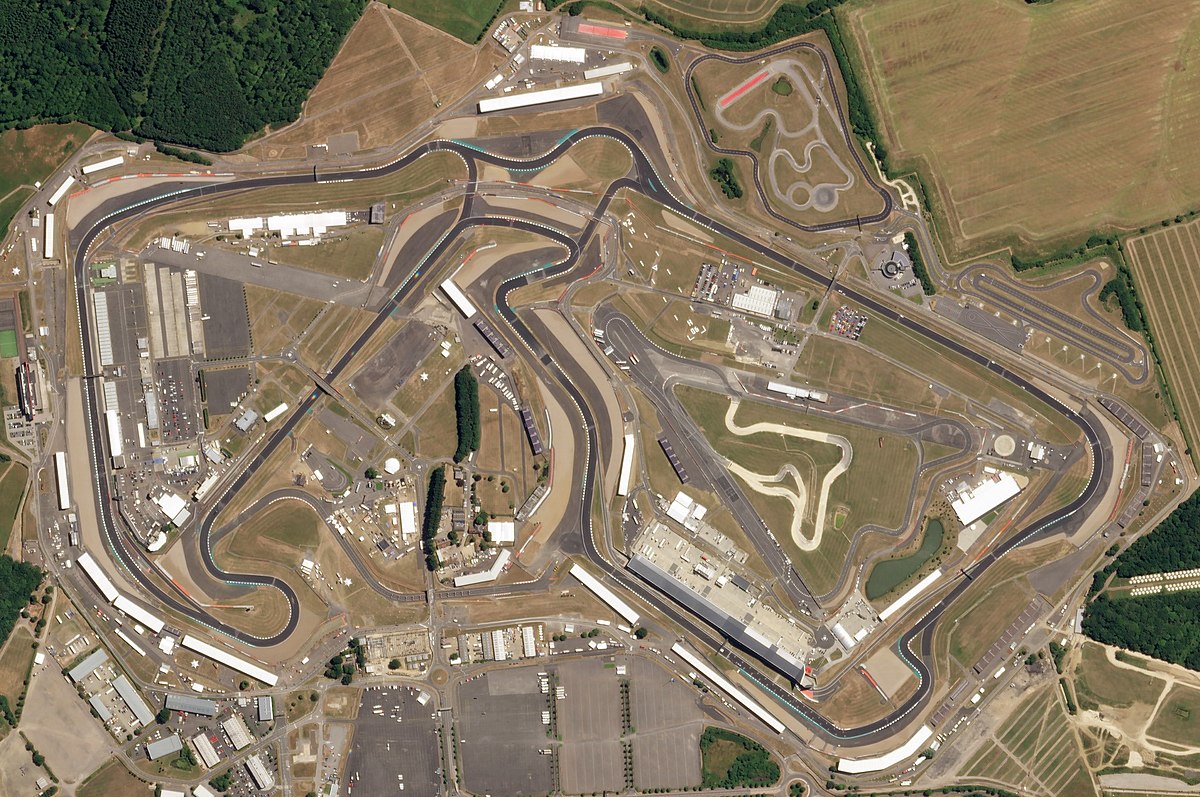 The history of England’s Silverstone Circuit is as interesting as the track itself. It was first discovered by a group of friends who set up an impromptu race on the then deserted Royal Air force base.

Over the years, the 3.661 miles has hosted the British Grand Prix on and off before becoming the official home of the famous race.

Next in line is this Japan’s Suzuka Circuit, located in Suzuka City, Mie Prefecture.

It has been active since 1962 and has hosted some of the best races in the world, including FIM Endurance World Championship, FIA Formula One, Japanese Grand Prix, and Super GT.

This Japanese race track stands out because it has a figure 8 layout, which makes for an interesting race.

Speaking of interesting layouts, our last option was inspired by the Chinese character Shang (上), the first letter of Shanghai’s name.

The Shanghai International Circuit is 3.387 miles long with a capacity of 200,000 people. It is famous for hosting the Chinese Grand Prix, the V8 Supercars, GP2 Asia, and A1GP.