An underwater tunnel is built partially or entirely beneath the sea or an estuary. They’re frequently employed when building or operating a bridge or ferry link isn’t feasible, or to provide competition or relief for existing bridges or ferry links.

While short tunnels are frequently road tunnels that accept both motorized and non-motorized traffic, the longest tunnels are electrified rail tunnels due to ventilation concerns.

This article is however majorly concerned with the longest tunnels In the world and everything you need to know about them.

The Seikan Tunnel, located beneath the Tsugaru Strait in Japan, is the world’s longest underwater tunnel. The tunnel connects Hokkaido Island and the Prefecture of Aomori.

The tunnel was built as a government response to the tragic sinking of five ferry ships in 1954 due to a typhoon, which sparked public indignation.

Because strong weather conditions made bridges too dangerous, engineers decided that an underwater tunnel would be the safest option.

In March of 1998, the tunnel was completed, and all railway transportation began to use it.

The Channel Tunnel connects the British towns of Folkestone and Pas-de-Calais in northern France.

Eurotunnel owns it and runs national freight trains, Eurostar, and the Eurotunnel shuttle through single-direction tunnels.

All of the lanes are linked by a central service tunnel, which also allows maintenance and emergency teams access.

In the event of an emergency, the service tunnel serves as a haven for passengers who would otherwise have to be ejected.

For passage within the service tunnel, special multi-functional vehicles were built, meant to arrive at the scene or transport passengers to safety in record time.

Queen Elizabeth II formally opened the tunnel in May of 1994, despite planning and discussion having begun in 1802.

The Tokyo Bay Aqua-Line is also known as a toll motorway that runs over Japan’s Tokyo Bay.

After 31 years of planning and construction, the Tokyo Bay Aqua line opened to the public in December 1997.

The tunnel connects Kisarazu and Kawasaki cities; formerly, crossing both cities required a 62.13-mile trip around Tokyo Bay or the use of a boat.

Umihotaru “sea firefly” (relating to Vargula hilgendorfii) is an artificial island that marks the transition between the bridge and tunnel parts and serves as a rest stop with restaurants, stores, and amusement facilities.

The “tower of wind,” a distinctive structure that stands above the tunnel’s midsection, delivers air to the tunnel’s ventilation system, which is powered by the bay’s practically constant winds.

The Bomlafjord Tunnel is a subsea road tunnel beneath Bomlaflord in Vestland County, Norway, that connects the island of Fyno in Stord Municipality to the mainland at Dalshovda in Sveio Municipality.

The tunnel is 4.84 miles long and descends to a depth of 854.33 ft below sea level. It is part of the Triangle Link, a fixed link that connects Sunnhordland and Haugaland, and carries three lanes of European Road E39.

The tunnel was first proposed in the 1980s, and construction began in 1997, with the tunnel opening on December 27, 2000. Drilling and blasting were used to construct the tunnel, with two crews working from opposite ends.

In Norway, the Eiksund Tunnel connects the mainland to the islands of Hareidlandet and Eika.

It was originally scheduled to open to the public in July 2007, but due to various delays, it only did so in February 2008.

The Norwegian Public Roads Administration built and operates the tunnel, and the same organization is in charge of its upkeep.

Every day, 1,000 vehicles, half of which are freight trucks, pass through the tunnel, which is divided into three lanes.

The tunnel, along with the Honningsvag Tunnel, was constructed between 1993 and 1999.

The tunnels were developed to connect Norway’s mainland with the town of Honningsvag and the North Cape tourist attraction.

The tunnel is 4.22 miles long and 695.53 ft beneath sea level. Before the construction of the tunnel, traffic between Fjord and Honningsvg was transported by boat over the sea.

The Severn Tunnel, located in the United Kingdom, runs beneath the River Severn and connects South Gloucestershire and Monmouthshire.

The Great Western Railway was responsible for building the Severn Tunnel from 1873 to 1886.

Even though the tunnel’s construction was completed in 1885, it took another 14 years before it could serve cargo trains and passenger traffic due to unfinished pumping systems.

The Severn Tunnel was the country’s longest mainline tunnel before the high-speed 1 tunnels were built in London.

It is still a prominent railway line today, serving a large number of passenger trains as well as receiving freight traffic.

The Vardo Tunnel joins Vardoya Island and Svartnes on the Varanger Peninsula and is Norway’s oldest underwater tunnel.

The Vardo Tunnel is also a section of the E75 expressway in Europe. 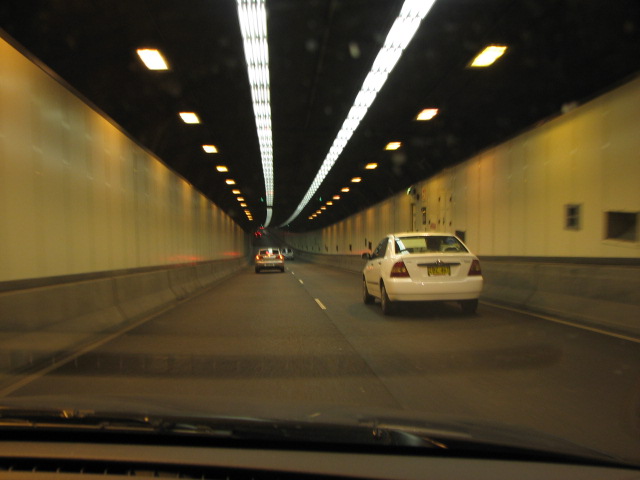 It is now run by the Sydney Harbour Tunnel Company, but it will become publicly owned in August 2022.

It’s the first time a tunnel has been successfully built beneath a navigable river.