Generally, basketball is known to be a game for tall people and is dominated by players who are over six feet tall. If you thought that the tallest basketballers were in the NBA, it is time you paid attention to the Women’s National Basketball Association.

The tallest WNBA player is Margo Dydek, who is 7 feet and 2 inches tall. She is two feet taller than the shortest professional woman basketball player in history.

This doesn’t mean shorter players aren’t fairing well in the game. Despite the height difference, these short players have cooperated perfectly with their taller teammates displaying great coordination.

Having shorter players in the WNBA has helped some teams get better in their form. Today we will be looking at the shortest WNBA players who have had great careers.

Shannon Bobbitt is still the undisputed shortest WNBA player at 5-foot-2. Before playing in the WNBA, Shannon bagged two NCAA championships playing for the Tennessee Volunteers in college.

She was picked to play for the Los Angeles Sparks in the 2008 WNBA Draft as the 15th overall pick. She played only four seasons in her career before retiring in 2013.

Debbie black is ranked the second shortest WNBA player, only half an inch taller than Shannon Bobbit.

The 5-foot-2.5 WNBA player played for St. Joseph’s from 1984-to 1988. She started her career playing for the Utah Starzz before heading to Miami Sol.

She also played international basketball in Australia and the now-defunct ABL.

Tameka Johnson is the third-shortest WNBA player globally, standing at 5 feet and 3 inches tall. The New Orleans native played for LSU in college from 2002-to 2005.

He began her WNBA career playing for the Washington Mystics in the 2005 WNBA Draft, being the 6th overall pick. In the same year, she was the WNBA Rookie of the year.

Even though she was short, Tameka Johnson is undeniably the best WNBA player on this list. She won a WNBA Championship playing for the Phoenix Mercury in 2009.

Brooke McCarty is one of the top five shortest WNBA players at the height of 5-foot-4. She has played for the Dallas Wings and currently plays Swedish Basketball for Lulea Basket.

In the 2018 WNBA Draft, McCarty-Williams was undrafted. She joined a training camp with the Los Angeles Sparks but, unfortunately, was eliminated from the roster. 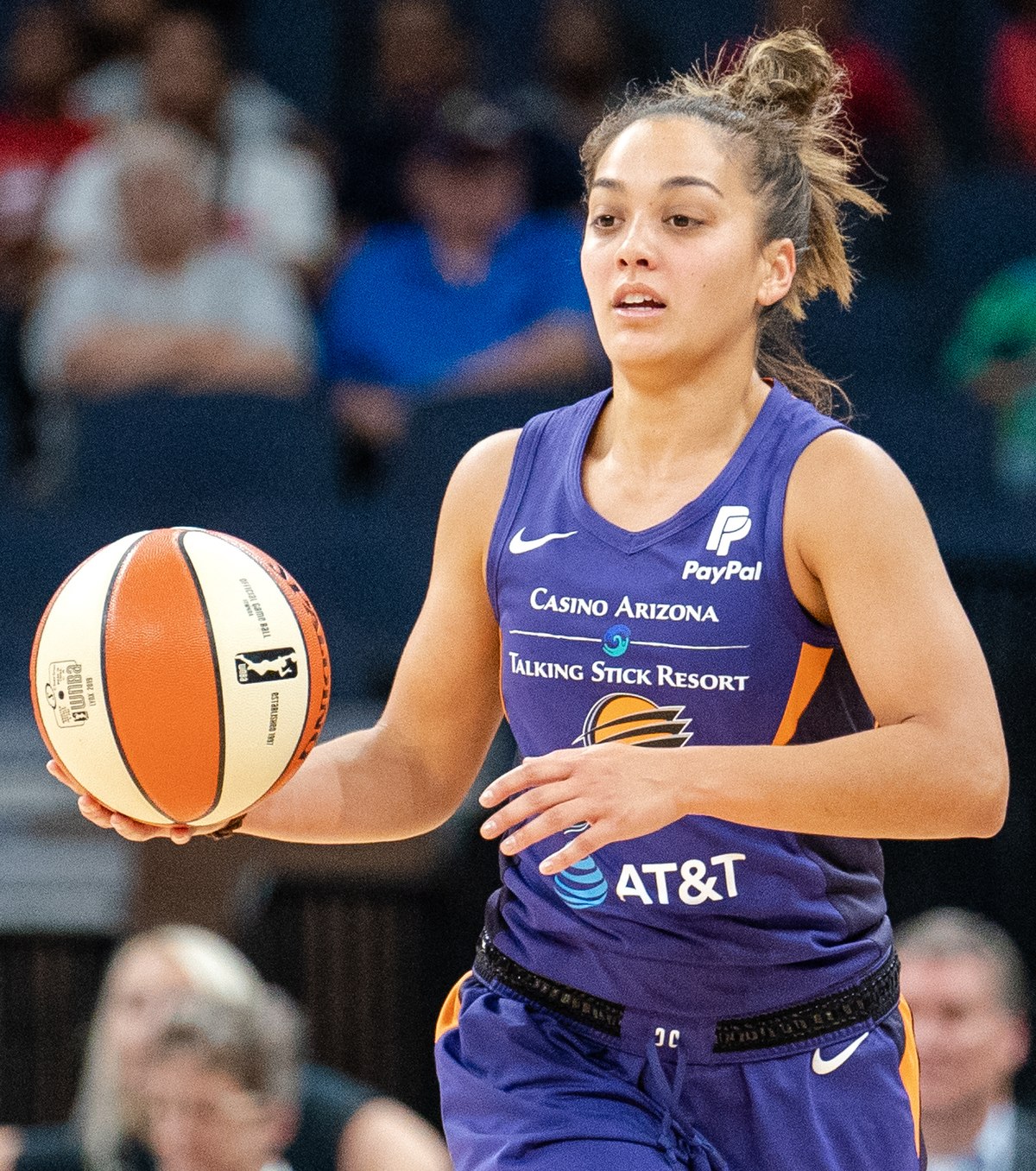 Leilani Seamah Mitchell is a professional WNBA player who has been active since 2008. Now a free agent, Mitchell was 25th overall in the 2008 WNBA Draft, where she began playing for the Phoenix Mercury.

Mitchell is only 5-foot-5 tall, and this never stopped her from becoming the first WNBA player to win the Most Improved Player Award twice.

Heather Butler is perhaps one of the shortest WNBA players under 6 feet who progressed to be the coach. Heather is only 5-foot-5 and has won the Icelandic Cup and Icelandic Championship with Valur.

She helped her team Tennessee-Martin win four Ohio Valley Conference titles in college. Heather was undrafted in the 2014 WNBA Draft and had to sign for a training camp with the San Antonio Stars.

She played 11 games for the 2014 season before signing with MKK Siedlce—a polish club. 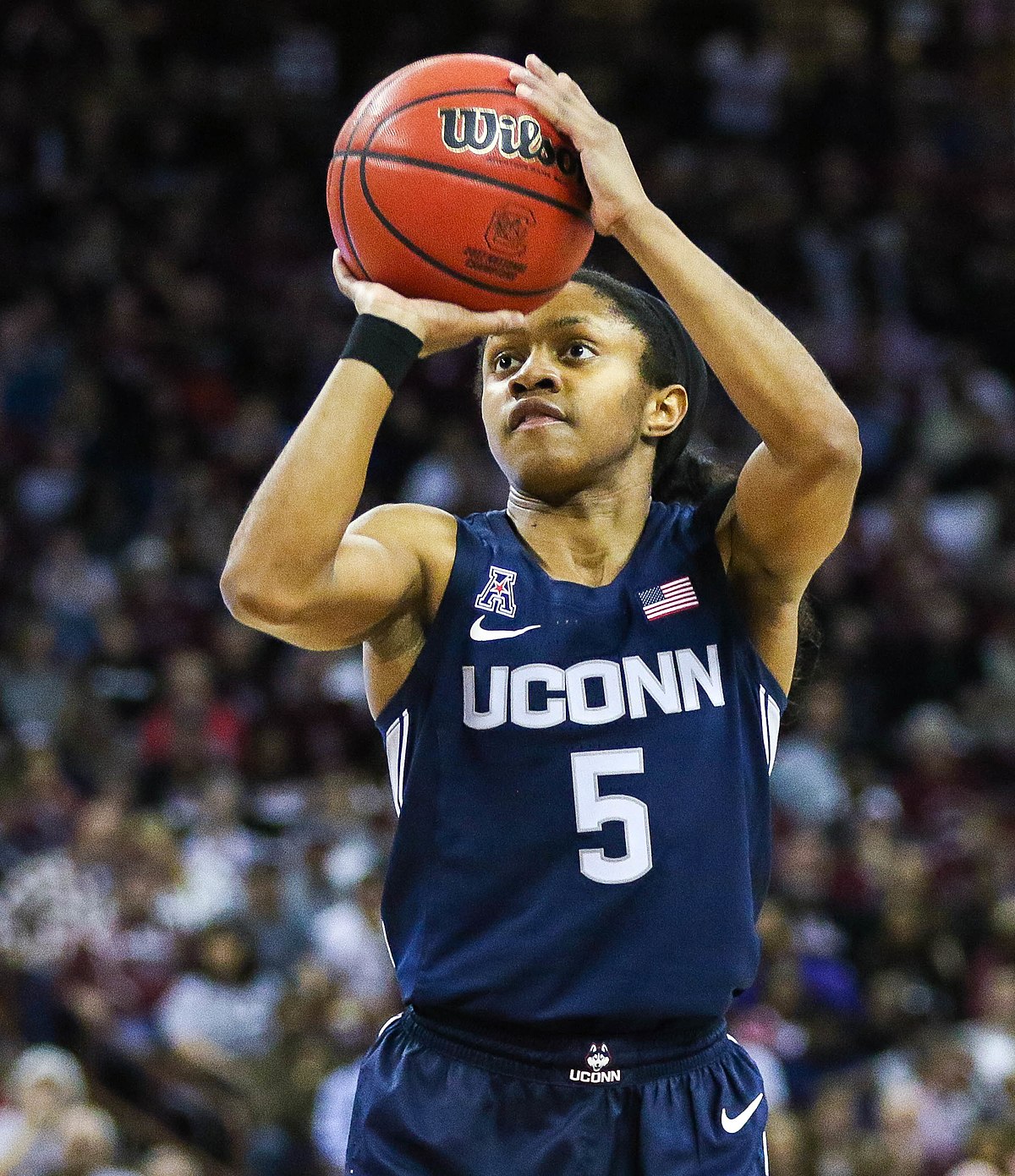 The Minnesota Lynx drafted Crystal Dangerfield in the second round of the 2020 WNBA Draft. In the same year, she was the WNBA Rookie of the year despite being 5-foot-5.

Crystal was the national top-ranked top guard when she was still in high school. She proved to be much better when playing for the UConn Huskies in college.

Dymond Simon is a professional WNBA player with the Phoenix Mercury. She was undrafted in the 2011 WNBA Draft. Simon is only 5-foot-5 making her one of the shortest WNBA players ever.

Nevertheless, she got a chance to start 69 of her 108 career games. Her current stats are 11.3 points per and 2.5 assists per game.

She also played college basketball for Oklahoma State Cowgirls and was once chosen as the Nancy Lieberman Award winner, usually given to the best NCAA female point guard. She was the second-leading scorer in that season, with 26.7 points per game.

Shyla Heal is an Australian basketballer who has made a name for herself in the American WNBA. She began her WNBL career aged 14 and developed herself as a player with the South East Queensland Stars.

At the height of 5-foot-6, Heal was drafted into the WNBA in the 2021 draft and was selected by the Chicago Sky in the first round. She played only four games before moving to the Dallas Wings in July 2021.

Dana Evans plays in the WNBA for the Chicago Sky and was the 13th overall pick in the WNBA Draft of 2021. Even though she is 5-foot-6, Dana has been a great basketballer since her college basketball days.

She played for Louisville and was on the ACC All-freshman team in 2018. In 2020, she became the first player in ACC history to go from being the sixth player to the player of the year.

Jamierra Faulkner was born in 1992 and is a professional WNBA player. Faulkner has spent her entire career playing for Chicago Sky. She is only 5 feet and 6 inches tall, making her shorter than the average WNBA player height.

She debuted her career as the 34th overall pick in the 2014 WNBA Draft. She, however, retired from a promising basketball career in 2021 due to medical reasons.

Moriah Jefferson plays professional basketball for the Dallas Wings of the NBA. The San Antonio Stars drafted her in the 2016 WNBA draft as the second overall pick.

Although she is only 5-foot-6, Jefferson played for the UConn women’s basketball team as a point guard and won four national championships back-to-back.

Jordin Canada is an American professional basketball player with the WNBA and one of the players falling in the 5-foot-6 category. She was the fifth overall pick for the Seattle Storm in the 2018 WNBA draft.

She played college basketball with the UCLA Bruins. Despite being short, she is well-known for her crossover skills, speed, and playmaking. While still a Rookie, Jordin won her first WNBA Championship after beating the Washington Mystics.

Kristi Toliver debuted her WNBA career in the 2009 draft, being the third pick for the Chicago Sky. Kristy is only 5 feet and 7 inches tall, and she had a great rookie season playing with the sky.

She came off the bench averaging 7.6 points per game out of 27 games. She was also second in the league for three-point shots.

Aarion McDonald, popularly known as Aari McDonald, is a professional basketball player with the Women’s National Basketball Association. Being 5ft 7in never stopped her from being one of the amazing talents on the court.

Atlanta Dream drafted McDonald in the WNBA Draft of 2021 after her spectacular performance in the NCAA tournament.

Riquna Williams, also known as “Bay,” made it to the list of the top 20 shortest WNBA players. She played for the Las Vegas Aces of the WNBA and played for the Miami Hurricanes of the University of Miami.

She is only 5-foot-7 tall and majored in sports administration while in school. She was the 17th overall pick by the Tulsa Shock in the WNBA second draft pick of 2012. By the end of the season, she was selected to the WNBA All-Rookie team.

Bria Nicole is not your typical short WNBA basketballer. She is over five inches taller than the shortest WNBA player in history.

Hartley was drafted by Seattle Storm the 7th overall in the 2014 WNBA draft. She was, however, drafted to the Washington Mystics.

She played point guard for the UConn women’s basketball team and won consecutive national championships in 2013 and 2014.

Atkins is a professional basketball player with the Washington Mystics of the WNBA. Ariel Atkins is a few inches shy of the average WNBA player’s height, but she still plays better than taller athletes.

The 5-foot-8 player had a successful college career at Arizona State University and got drafted in the 2009 WNBA draft by Indiana Fever as the sixth overall pick.

Her height seems to be her strong point, which could be seen when she played for the Connecticut Sun and Phoenix Mercury.