Some of the most recognizable faces in professional football are wide receivers. Wide receivers in the NFL can make a huge impact on their teams’ thanks to their big personalities, outstanding route running, sticky hands, trash talking, and speed.

Picking up throws while standing on your head is the quickest way to skip over defensive coverage and run your play. There is no better way to accomplish this than with a tall, strong receiver on your team.

Here, then, is a rundown of some of the NFL’s tallest receivers of all time.

Harold had a great career and is the tallest wide receiver in NFL history at 6’8″ and 225 pounds. He was voted Philadelphia Eagles Man of the Year in 1980 and was beloved by fans throughout his career.

He led the Eagles in receiving with six catches for 91 yards and a touchdown in the 1980 Super Bowl, which the Eagles lost to the Oakland Raiders.

An ex-American football wide receiver, Ramses Alexander Barden was born on January 1, 1986. He attended Cal Poly SLO and was picked up by the New York Giants in the third round of the 2009 NFL Draft after a collegiate football career.

In Super Bowl XLVI, Barden and the New York Giants prevailed against the New England Patriots.

Born on May 7, 1953, McInally was inducted into the College Football Hall of Fame in 2016. McInally helped Harvard to a 1974 Ivy League title game tie and was named to the first team for the league twice in football.

McInally is the first Harvard alum to play in the Pro Bowl or the Super Bowl in the National Football League. During the 1981 season, he was able to do both.

Glover’s professional career began after he was selected by the Los Angeles Raiders in the first round of the 1991 NFL Draft. Despite his brief career, he played for both the Minnesota Vikings and the New Orleans Saints.

Today, he is a prominent voice in the fight to reduce the incidence of brain trauma among NFL players.

Johnson, at 6’6, is the league’s tallest wide receiver at this time.

Boyd Hamilton Dowler played wide receiver and punter in the NFL for a total of 12 seasons. With a height of 6 feet and 5 inches, Dowler played a major role in the 1960s for the Green Bay Packers.

The Green Bay Packers have permanently enshrined Dowler into the Packers Hall of Fame in recognition of his invaluable contributions to the team’s dynastic success.

To a wide receiver, nothing tops catching the game-winning touchdown in the Super Bowl. Nobody knows this better than 6’5″ Super Bowl XLII hero Plaxico Antonio Burress.

He spent over a decade as a pro football player. However, he served 20 months in prison after being convicted of weapons charges in 2009. This caused him to miss two seasons of play. In 2011, he proved once again that he is a top-tier receiver after his return.

Jeremy Shockey, the first recipient of the Pepsi NFL Rookie of the Year award,’ shocked’ his competition with his skills both on and off the field in 2002.

Jeremy finished his NFL career with the Carolina Panthers and retired with an impressive stat line: 547 receptions, 6,143 receiving yards, and 37 receiving touchdowns.

Floyd made his NFL debut with the Chargers in 2004 against the Kansas City Chiefs, shortly after signing with the team. Floyd was an outstanding performer on the field, accumulating 321 receptions throughout his 11-year career.

In addition, he caught passes for 5,550 yards and scored 34 times. The outstanding wide receiver retired on June 9, 2015, after a long and successful career.

Wide receiver Allen Lazard plays for the Green Bay Packers. Having entered the league as an undrafted free agent following the 2018 NFL Draft, he has recently finished his fourth season in the league. He participated in both high school and collegiate football at Urbandale (Iowa) and Iowa State (USA) respectively. 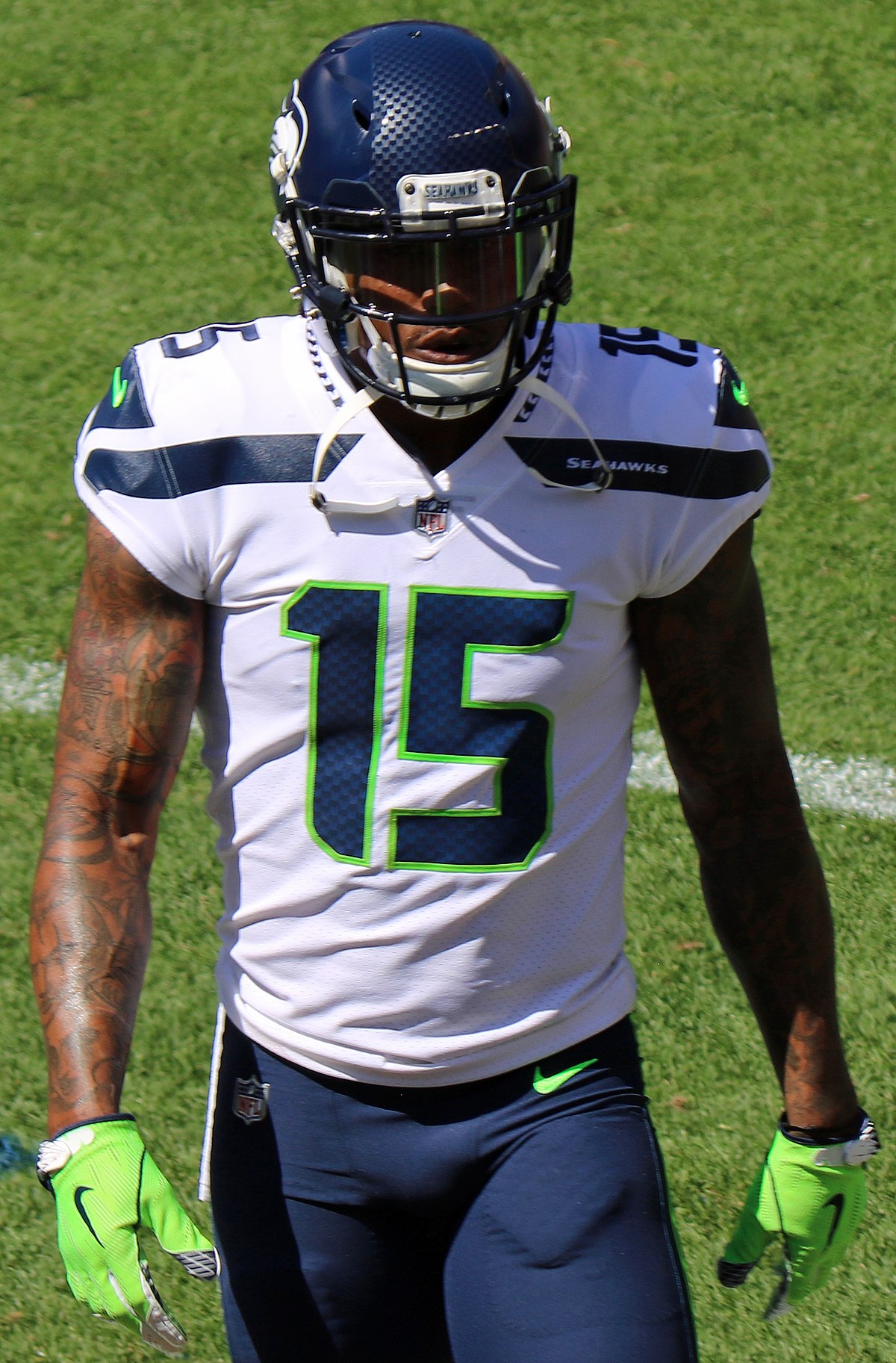 Wide receiver Brandon Tyrone Marshall (born March 23, 1984) is a former NFL player and current sports commentator on American television. He participated in collegiate football at the University of Central Florida and was picked by the Denver Broncos in the fourth round of the 2006 NFL Draft.

The Denver Broncos and Seattle Seahawks weren’t Marshall’s only stops during his stint in the NFL; he also suited up for the Miami Dolphins, Chicago Bears, New York Jets, New York Giants, and Seattle.

Johnson spent his entire eight-year NFL career with the Detroit Lions, where he dominated at a level that only the league’s absolute finest players are capable of matching.

He holds the NFL record for most games with 100 yards and has been named to the first team All-Pro three times. In a similar vein, he has the longest active streak of games with at least 10 receptions.

Jackson played wide receiver for the Chargers and the Bucs. After 12 seasons in the NFL, Jackson retired as a top-tier athlete with three Pro Bowl selections.

He was tragically discovered dead on February 15, 2021, at the Homewood Suites in Brandon.

Cincinnati Bengals wide receiver Auden Tate was selected by the Bengals in the seventh round (253rd overall) of the 2018 NFL Draft, and he has recently finished his fourth season in the NFL.

In his rookie year, St. Brown recorded 21 receptions for 328 yards in 2018. Unfortunately, he hasn’t been able to duplicate the success he had as a rookie in subsequent seasons.

Mike Evans, of the Tampa Bay Buccaneers, is a 6’5″ wide receiver. He was taken by the Buccaneers with the seventh overall pick in the 2014 NFL Draft, making this his sixth season as a professional football player.

After the 2018 NFL Draft, Cam Sims was signed as an undrafted free agent. In his first two seasons, he played in only eight games, but in 2020, things started to click. That year, he had 32 receptions for 477 yards and one touchdown.

These chances diminished in 2021 when he finished with 15 receptions, 211 yards, and two touchdowns

Receiver with the Miami Dolphins, Preston Williams, joined the team after the 2019 NFL Draft as an undrafted free agent.

For an undrafted rookie, Williams had a fantastic 2019 season, with 32 receptions for 428 yards and three touchdowns. Before a poor 2021 season, he scored a career-high four touchdowns on just 18 receptions and 288 yards in 2020.

By Buffalo Fanatics
CC BY 3.0, Link

NFL wideout Mike Strachan plays for the Colts in Indianapolis. In the 7th round (229th overall) in the 2021 NFL Draft, he was selected by the Indianapolis Colts.

In his first season, Strachan played in only six games and caught three passes, all of which occurred in the opening two weeks.

Moss played in the NFL for 14 years, starting with the Minnesota Vikings and ending with the San Francisco 49ers. He also spent time with the Oakland Raiders, New England Patriots, and Tennessee Titans.

In 2018, Moss was honored with induction into the Pro Football Hall of Fame.

When Young began his professional football career, he was already a collegiate star with great statistics. In the professional realm, Young was instrumental in the 1981 Super Bowl victory of the San Francisco 49ers over the Cincinnati Bengals.

Additionally, he played a crucial role in the historic 89-yard drive that clinched the 1981 NFC Playoffs and became known as “The Catch.”