Anything 1,000 feet is a pretty tall order and could be a little difficult to visualize.

If that doesn’t help, we’ve compiled a list of 12 things that can easily help you visualize 1,000 feet.

The Eiffel Tower in Paris, France, stands 1,060 feet tall, that’s including its flagpole. The Tower is the largest structure in Paris.

Most of the buildings there are now governed by a zoning restriction limiting them to a height of 121 feet or less.

2. Twice as High as The Washington Monument

The Washington Monument measures 555 feet tall, that’s a little over half the height of 1,000 feet. The Monument is estimated to weigh 91,000 tons.

At its completion in 1884, the Monument was the world’s tallest man-made structure.

3. Twice as High as The Singapore Flyer

The Singapore Flyer Ferris Wheel has a height of 541 feet, that’s a little over half the height of 1,000 feet.

The dimensions of one capsule are 4m x 7m and will hold up to 28 passengers. There are 28 capsules in all.

4. Twice as High as The Spring Temple Buddha

The Spring Temple Buddha in China is the tallest statue in the world, and it stands at 502 feet tall from its base, that’s a little over half the height of 1,000 feet.

The statue stands on top of a 66-foot lotus-shaped pedestal.

5. Half as High as The Canton Tower

The Guangzhou TV & Sightseeing Tower in China stands 2,000 feet high; that’s twice as tall as 1,000 feet. The top of the tower houses an observation carousel.

The cars complete a trip around the top floor of the track about every half-hour. Each passenger car is 3.2 meters in diameter and can hold six people. 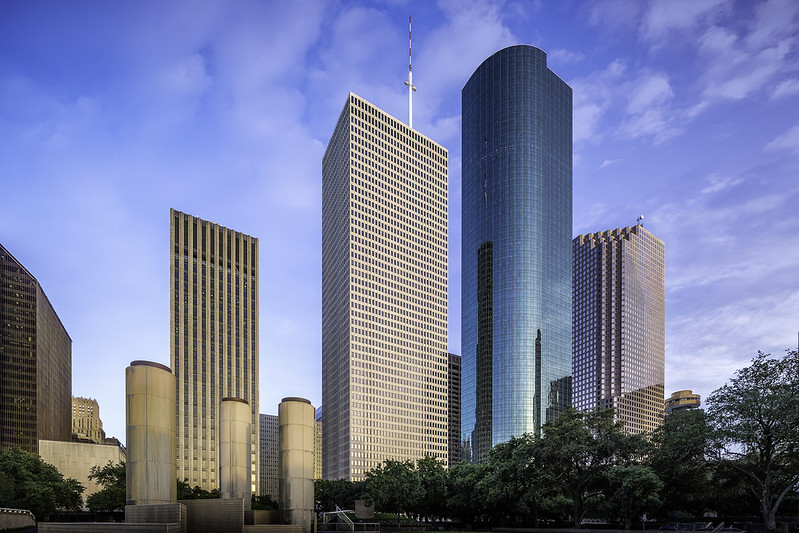 It is the tallest building named for Wells Fargo. From the street level, the building is 302.4 meters (992 ft) tall, has 71 floors, and extends four more stories below street level.

1 Manhattan West is a 67-story office skyscraper in New York. The 2.1 million-square-foot tower is rectangular in plan.

Two Prudential Plaza is a 64-story skyscraper in Chicago, Illinois.

At 995 feet (303 m) tall, it is currently the sixth-tallest building in Chicago and the seventeenth-tallest in the U.S. Being only five feet from 1,000 feet, it is one of the few buildings nearly 1,000 feet tall.

The Franklin Center is a 60-story skyscraper in downtown Chicago. It was completed in 1989 and is the central region headquarters of the American Telephone & Telegraph Company (AT&T).