The length of a football field is 100 yards, not including the end zones.

One hundred yards is equal to 300 feet, so using a football field as an example will show you exactly how long 300 feet really is.

The brotherhood tree in Klamath, CA, is one of the largest living things in the world.

It was named in hope for the brotherhood of man. It is over 2000 years old, 19 feet in diameter, 60 feet in circumference and 300 feet tall.

The Statue of Liberty is one of the most recognizable figures in the world. She reaches 305 feet tall with the pedestal.

The torch measures 29 feet from the flame tip to the bottom of the handle and is accessible by way of a 42-foot service ladder inside the arm of the statue.

The clock tower of the Palace of Westminster, which houses the bell known as “Big Ben,” rises just over 300 feet.

The tower has no elevator and is therefore only accessible by climbing 334 steps to the top.

Sailing through the canal under the Aerial Lift Bridge along the North Shore Scenic Drive is an explorative thing to do. The canal was excavated in 1871 and is 300 feet wide and 1,650 feet long.

The first aerial transfer was erected in 1905 and modernized in 1929 to what is there today. It can rise to its full height in 55 seconds.

6. The Width of the Missouri State Capitol

Dominating the skyline in all directions, Missouri’s state Capitol is a monument to her citizens.

The building rests upon a limestone bluff on the south bank of the Missouri River.

It is 437 feet long and 300 feet wide at its center. The top of the dome towers 262 feet above the basement floor.

The World Building, also known as the Pulitzer Building, was the first building in New York to surpass the 284-foot spire of Trinity Church.

It was constructed in 1889 and stretched 309 feet to the top of the lantern. The number of stories is disputed; estimated up to 26 stories high.

The building was demolished in 1955 for the expanded automobile entrance to the Brooklyn Bridge. 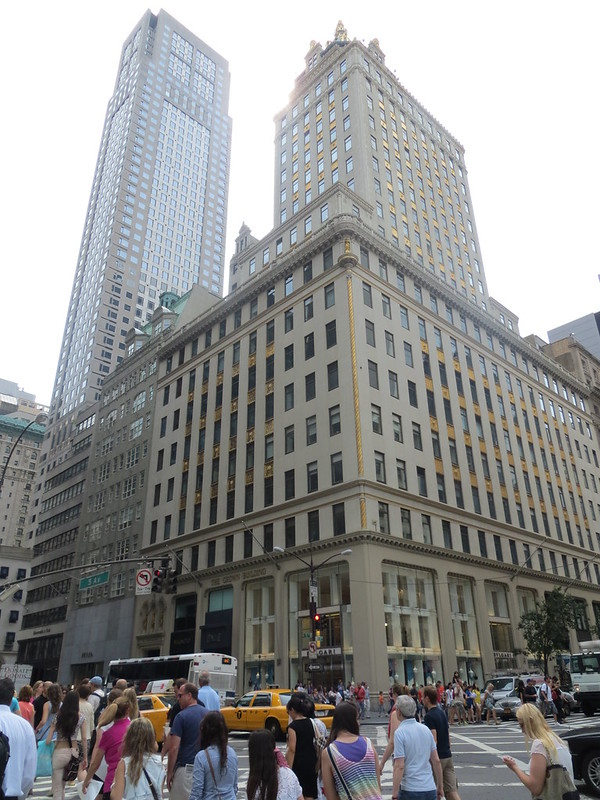 Currently, the Crown Building, the Heckscher Building was constructed in 1917. It stands 317 feet high with 27 floors, located on 50 East 42nd Street between Madison and Park Avenues.

The name was changed to the Crown Building in 1983, attributing its crown-like look when illuminated at night.

9. The Length of 3 Blue Whales

Large Blue whales can weigh approximately 150 tons and can grow up to 100 feet long.

The largest accurately measured blue whale was a 29.5-meter female that weighed 180 tons, but reports of a 33-meter catch may have reached 200 tons.

10. The Width of 2 Airport Runways

Many airports around the world used for commercial airliners or private aircraft, will have runways that are approximately 150 feet in width.

Looking at two standard-size airport runways, side by side at 150 feet wide will give you an idea of how long 300 feet is.

11. Half as tall as the Space Needle

With a track-and-wheel design inspired by railroad mechanics and a precisely-configured balance, the restaurant near the top of the space needle requires just a 1.5 hp motor to rotate at speeds of about 0.053 kph (0.033 mph).

It should be noted that most natural bridges found throughout the world are made of sandstone or limestone.

The size and history of the creation of the Tonto Natural Bridge make this particular bridge very unique and special.

Those that view the grandeur are often awestruck by the visually stimulating experience! The waterfall trail is about 300 feet long and takes about 15–20 minutes to walk through.